A recent series of opinion pieces in the New York Times resurrected the debate on whether media violence causes actual crime or violence. One article dredged up a discredited claim that the link between media violence and actual violent behavior is “on par with the correlation of exposure to secondhand smoke and the risk of lung cancer” (the original claim involved “first hand” smoking).  This confusion arises in part from a misunderstanding of “effect sizes” and how this concept differs in social science research vs. medical research. 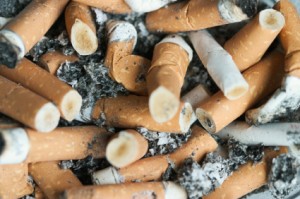 Is media violence “linked” (a weasel word for maybe-caused-by-but-possibly-not) to real-life violence? Let’s reframe this issue by looking at how scientists prove cause and effect, using the example of cigarettes and lung cancer.

While linking violent media content with real-world violent behavior is easy for politicians and pundits, the science to support such claims just isn’t there. 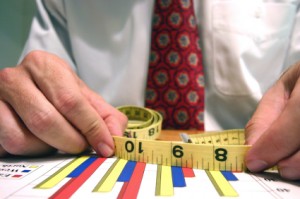 A non-profit client was concerned because the number of applicants for its college scholarships had declined from the previous year, from 880 to 840. The client, a foundation, only awarded about 35 of these scholarships per year, so they didn’t lack for applicants. Still, they wondered whether the decline in applications meant that the money they had spent promoting the scholarships over the previous year had been wasted. They also wanted to know how to increase the number of people applying.

As we examined the situation, I pointed out that they were looking at the wrong metrics. Here’s why:

The ideal situation for this foundation—that is, the most efficient way for them to award their scholarships—would be for only 35 extremely qualified students to apply for the 35 awards. That’s incredibly unlikely, perhaps even impossible, of course. The worst situation would be to have a very large number of unqualified students apply for the scholarships, resulting in extra work for no benefit.

But if the number of strong applicants went down from 45 to 40, it wouldn’t matter if the total number of applicants had doubled, or even tripled. That’s a sign that the outreach was either ineffective or counterproductive. Unfortunately, it’s all too common for organizations to focus on the “gross numbers” instead of figuring out whether that’s the right metric for measuring success.

So, before you either worry or celebrate, ask yourself if you’re measuring the right things.